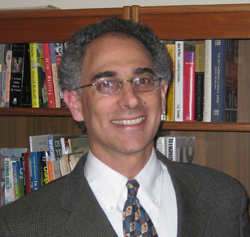 Daniel Weinstein, P.E. is the president and founder of Essential Structural Engineering, LLC. Previously, he managed the Philadelphia office of The Kachele Group for 15 years. He has over 25 years of engineering experience.

Dan’s interest in structural engineering began at a very young age building sand castles on the beach and constructing airplanes with Lego blocks. During a gap year before college, Dan worked in the construction work detail on a kibbutz in Israel. Growing up, Dan had family role models in the building design profession, with uncles who worked as a structural engineer and as an architect.

Dan graduated from Columbia University with Bachelor and Master Degrees in Civil Engineering, in 1988 and 1989. After graduation, Dan also completed engineering courses at the University of California Berkeley Extension. Dan is registered as a professional engineer in California, Pennsylvania, New Jersey, Delaware and Maryland.

During his more than 25-year career, Dan has been employed by a variety of engineering firms, the data communications department at Columbia University and a sleep-away summer camp. These experiences provided insight into several different industries. From 2000 to 2015, Dan managed the Philadelphia office of The Kachele Group, and in 2008 he was promoted to vice president of the firm.

Dan has presided over the design of many types of building and nonbuilding structures, ranging from single-family residences to multi-story pharmaceutical facilities. He has provided structural engineering services to architects, manufacturers, contractors, developers, private owners and lawyers (including expert witness testimony).